Enroute to Petra, visit the city of Madaba.  Once there, see the Madaba Mosaic Map, an ancient map of Jerusalem and the Holy Land, covering the floor of the Greek Orthodox Church of St. George. Mentioned in both the Old and New Testaments of the Bible, proceed to the ancient rectangular walled city of Umm ar-Rasas. It was fortified by he Romans, and local Christians were still embellishing it with Byzantine-style mosaics well over 100 years after the start of the Muslim Umayyad rule.  Just outside the city walls is the recently unearthed Church of Saint Stephen with its perfectly preserved floor mosaic.  Umm ar-Rasas is a UNESCO world heritage site.  Visit Shoubak Castle dating from the early 1100’s, the same turbulent Crusaders period as Kerak.

Enroute to the Dead Sea, visit Wadi Rum for a Bedouin jeep ride. Virtually untouched by humanity and its destructive forces, Wadi Rum is a stupendous, timeless place, where a maze of monolithic rock formations rise up from the desert floor.  Enjoy a free day to indulge yourself in the Dead Sea and its therapeutic minerals.  At 1,345 feet below sea level, the coast of the Dead Sea is the lowest place on Earth. Meals: B 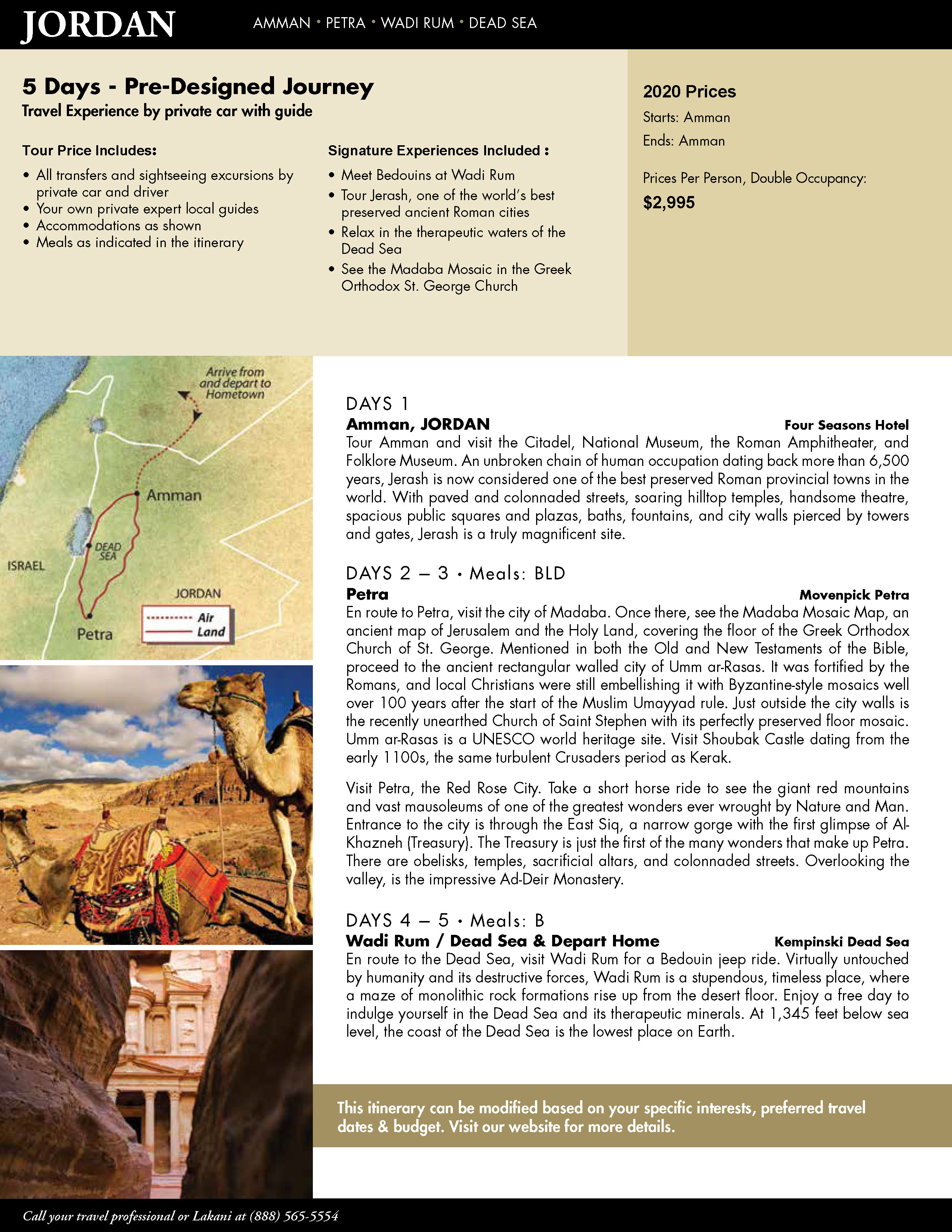