Accompanied by a Lakani Tour Manager, discover the ancient icons and modern aspects of life of Greece.

Discover ancient antiquities and architectural marvels on this tour that takes you through the Peloponnese to central and northern Greece. Learn about the ancient Greeks and see the birthplace of the Olympic games. Visit UNESCO World Heritage Sites; drive through picturesque mountain passes; and take in the fresh sea air in various coastal locations. Encounter friendly locals and indulge in delicious Greek specialties and wine. This exploration of Greek history and culture is packed with memories to last a lifetime. 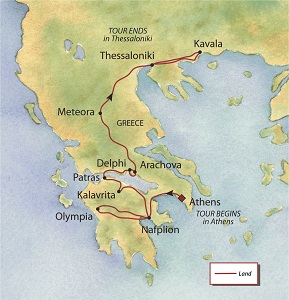 Arrive in Athens where you will be greeted and transferred to your luxury hotel in the heart of the city. Perhaps step outside for a walk in Syntagma Square.  Meet your fellow travelers and Lakani Tour Manager at a welcome cocktail and dinner party.

Tour the highlights of Athens, including the legendary Acropolis, and the impressive Acropolis Museum.  Sample traditional specialties on your walk through the market.

Leave Athens behind and drive to the Corinth Canal for a look at this historic canal that separates the Peloponnese from the Greek mainland. Continue to the impressive ancient theatre of Epidaurus, built in the 4th century BCE in honor of Asclepius – god of medicine. Head to Nafplion, a beautiful seaport town and your accommodations in a sea view bungalow. Explore the town on the Argolic Gulf on foot with your guide. Tour the hilltop 18th-century Palamidi Castle, the best preserved of the Venetian castles.

Drive to Olympia, the birthplace of the Olympic games in the 8th century BCE, and home to an ancient Greek religious sanctuary. Visit the archaeological site and museum.

Travel northwest to the Helmos mountains and take the historic rack railway from Kalavryta to Diakofto. Continue to Patras, an important city inhabited since the prehistoric age. Drive across the Rion-Antirrio Bridge, the world’s longest suspended cable-stayed bridge at 1.8 miles, to the mainland and head to Arachova, nestled at the base of Mt. Parnassos. Your stylish accommodation affords stunning mountain views.

Explore the archaeological ruins at Delphi, a famous UNESCO World Heritage Site, and visit its museum. Return to Arachova for free time.  Drive to Meteora, the unique rock formations whereupon monasteries from the 14th century are perched.  Visit some of these unique monasteries and then tour the area at sunset for picture perfect views.

Head north to Vergina, the site of the ancient capital of Macedonia. See the gold treasures of the Royal Tombs. Continue to Thessaloniki and your hotel overlooking the sea. Tour the ancient monuments of the city and step inside the impressive Archaeological Museum.

Venture outside of the city to explore the lovely port city of Kavala and the UNESCO World Heritage site of Philippi. Reminisce with your fellow travelers at a farewell cocktail and dinner party.

Say goodbye to Greece as you depart for the airport for your flight home or onward destination. 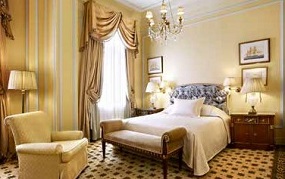 Landmark classical hotel with modern amenities in the heart of the city on Syntagma Square. Deluxe Acropolis View Room. 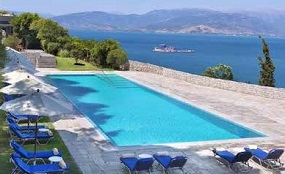 Built into the cliffs overlooking the Bay of Argolis, the enchanting town and surrounding mountains. Sea View Bungalow. 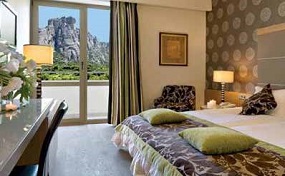 Traditional hospitality in a contemporary setting with views of the dramatic rocks of Meteora. Executive View Room. 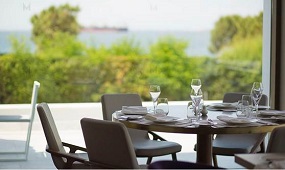 A paradise in the heart of the city. Located in a prime spot on the Thermaikos Gulf, steps from the landmark White Tower. Deluxe Sea View Suite. 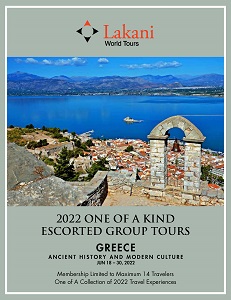